Confluence of Classic and Contemporary

What would you call a city where traces of medieval world mingle with the chaos of contemporary? The answer will take you on an incredible journey to the valley capital of Nepal. Kathmandu with its spice-scented streets, sacred temples, and magnificent architecture is a potpourri of culture, religion, and ethnicity. A famous English writer Aldous Huxley said, "To travel is to discover that everyone is wrong about other countries." So, book a discounted flight to Kathmandu and explore the incredible destinations of this valley that will turn the facts you have read into the beautiful memories you lived.

What to see in Kathmandu

It is one of the largest stupas in Kathmandu and was assigned UNESCO World Heritage Site in 1979. Boudhanath Stupa is the marvelous work of architecture, which makes it the famous tourist destination in the Kathmandu. To witness the beauty of this stupa, visit it at night when it is lit by hundreds of candles all around.

The Dharahara or Bhimsen Tower is a 9-storey, 6.88-metre tall tower situated in Kathmandu. It was built-in 1832 by the Bhimsen Thapa, Prime Minister of that time. The eighth floor of the tower has a balcony that provides a 360-degree view of the Kathmandu. The architecture of Dharahara based on European and Mughal style.

Kathmandu Durbar Square is the place from where the city’s kings used to rule. It has many palaces, courtyards, and temples within the compound. The main feature of the square is the Hanuman Dhoka Palace and Kumari Bahal. The Hanuman Dhoka Palace named after the monkey god, Hanuman. This palace was the residence of Nepal’s royal family till 1800s and a ‘living goddess’, a young girl selected from the Kathmandu lives in Kumari Bahal.

It is a Tibetan Buddhist monastery located in the suburbs of Kathmandu. Lama Thubten Yeshe and Thubten Zopa Rinpoche founded this monastery in the year 1972. Kopan Monastery is the perfect place to attend the teachings of Tibetan monks and learn about the Buddhism. It is an ideal location to relax and meditate amidst the lush green gardens.

Thamel is the commercial area of Kathmandu. It has many hotels, restaurants, shops, nightclubs, and cafes that cater the need of tourists at the reasonable price. It is a heaven for shopping lovers as the visitors can find clothes, jewelry, and handicrafts in this area. Thamel is the first wi-fi internet zone of Nepal.

Chitwan National Park is the first national park in Nepal. It is famous for the protection of one-horned Rhinoceros, Bengal tigers, and Gharial crocodiles. You can go for the jungle walk, treks, and elephant rides in the park. The dazzling landscape covered with abundant green vegetation makes a spectacular view.

Garden of Dreams is a neoclassical historical garden created by Kaiser Sumsher Rana in early 1920. It is a fantastic place to spend some leisure time in the greenery or take a stroll away from the hustle bustle of the city. It has a small museum, an amphitheater, and a café within the garden area.

Situated in the city of Kathmandu, it is the largest museum of Nepal and a famous destination among tourists. The museum exhibits the collection of ancient statues, sculptures, and paintings of Nepal. It also displays the weapons used during the wars in the 18th-19th century. It has a Buddhist art gallery that stores the Buddhist paintings, sculptures, and ceremonial objects.

Pashupatinath is the sacred Hindu temple in Nepal dedicated to Lord Shiva. It lies on the banks of the famous river, Bagmati. Every year, thousands of pilgrims come to visit this temple from all over the world. Only Hindus are allowed to go inside the temple and worship the God. Within the area of Pashupatinath lie 518 temples and monuments.

Dasarath Rangasala Stadium is the biggest stadium in Nepal built in 1956 in the memory of the great martyr, Dashrath Chand. The stadium holds all the national and international tournaments of Nepal. Apart from the football matches and tournaments it also hosts the cultural and entertainment programs in Nepal.

How to get around in Kathmandu

Auto-rickshaws and cycle–rickshaws are the common means of transport in various parts of Kathmandu. You can also hire a taxi to roam around in different areas of the city. Kathmandu also offers the local bus service, but that remains so crowded and not considered a good option for tourists. You can also rent a bike to visit the nearby places of Kathmandu.

Where to shop in Kathmandu

Thamel is a paradise for Shopaholics where you can buy Pashmina shawls, silver jewelry, singing bowls, handicrafts, and trekking gears at the reasonable price on bargaining. Patan is the best place to buy Thangka paintings and Tibetan jewelry, and Bhaktapur is famous for carved-wood items and pottery. In Asan Tole, an open market located near the Annapurna temple you can find local spices, dry fruits, and brass pots.

The spectacular architecture, magnificent temples, and the lip smacking delicacies of Kathmandu will force you to go there and have the pleasant experience of the lifetime. So, quickly book a cheap flight to Kathmandu and witness this incredible beauty yourself. 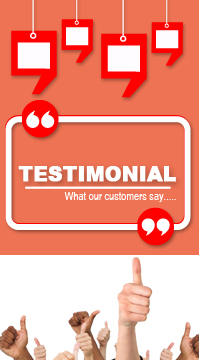 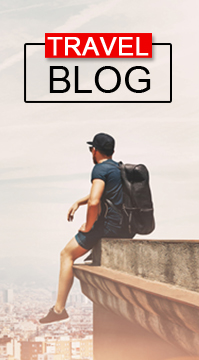 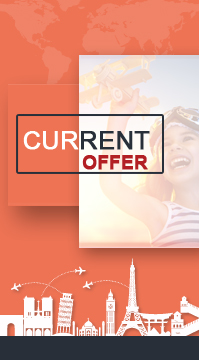